In the dying days of 2014, Imka and I planned three birding day-trips to try to push our year’s total to 175. Based on our online research and advice from other birders on the ‘Victorian Birders Facebook Group’, we decided on the following strategic outings, each of which is covered in an independent blog post:

Many years ago I saw a wildlife documentary featuring Bee-eaters in Africa, and I was so entranced with their vivid colours and aerial acrobatics, that I vowed to see them in the wild one day. What I had no inkling of at the time were the facts that (a) Bee-eaters were found in Australia, and (b) a sequence of unrelated events would see me moving from the Caribbean and settling in a suburb of Melbourne that was just an hour’s drive from where the Bee-eaters are regularly spotted!

Rainbow Bee-eaters were almost guaranteed in summer (so I read anyway) along the fence-line that borders the You Yangs’s Western Plantations and the private farm that includes Hovell’s Creek. The ‘Where to See Birds in Victoria‘ book – a necessity for any novice birder – echoed this claim. Coincidentally, the author of the chapter about the You Yangs was a member of the Victorian Birders Facebook group, and he was kind enough to give me clear directions:

With such explicit directions, Imka and I thought it would be quite easy to find them, but we were immediately intimidated by the long walk that seemed to extend to infinity.

“Where’s that sound coming from?”

The trees on either side appeared to be gum trees that were planted in evenly spaced rows, so I wasn’t expecting to find much bird diversity. Instead, we were pleasantly surprised to see a male Scarlet Robin, as well as many small, brown birds, including Australia’s smallest bird: the Weebill. We never did get a good photo of the Weebill, because like so many other tiny birds, it moves ever so quickly from twig to twig. We also saw a Whistling Kite, a Spotted Harrier, a Rufous Whistler, Sulphur-Crested Cockatoos and Lorikeets (species indeterminate since they flew quickly overhead) before getting to the fence-line. (Even though the track appeared to stretch to the horizon, it turned out to be just a ten-minute walk from the carpark to the fence-line.)

At the end of the track we decided to turn right, and we quickly ticked Varied Sitella, Yellow-rumped Thornbill, Jacky Winter, Yellow-faced and White-plumed Honeyeaters, plus other more common birds like ravens, magpies, wrens etc. in the trees on the other side of the fence. Still, no sign of Rainbow Bee-eaters, though we did tick a very distant Horsfield’s Bronze-cuckoo – our first lifer for the day. We heard and then saw two Sacred Kingfishers, which was a lifer until a few weeks prior. (As every birder knows, if it takes years to see a relatively common bird, then that species will be seen thereafter on every second branch: we saw another Sacred Kingfisher when we birded Mill Park Lakes a week later.) 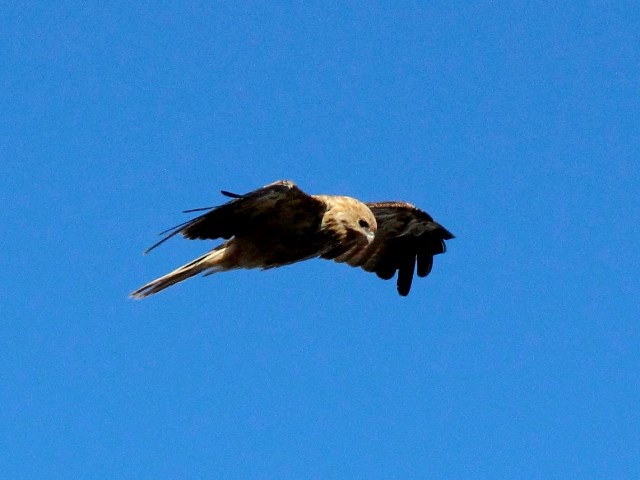 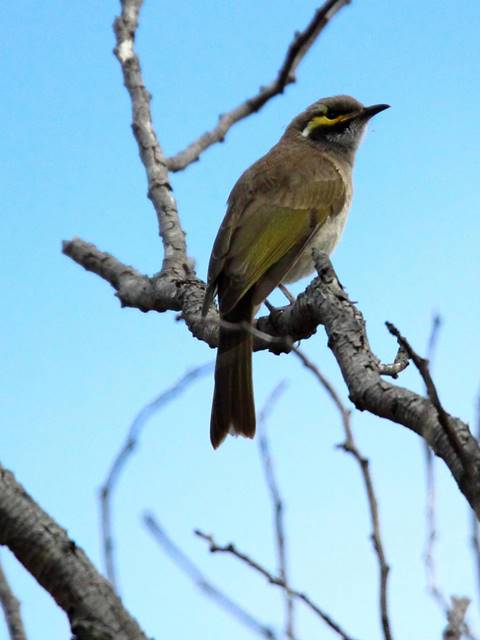 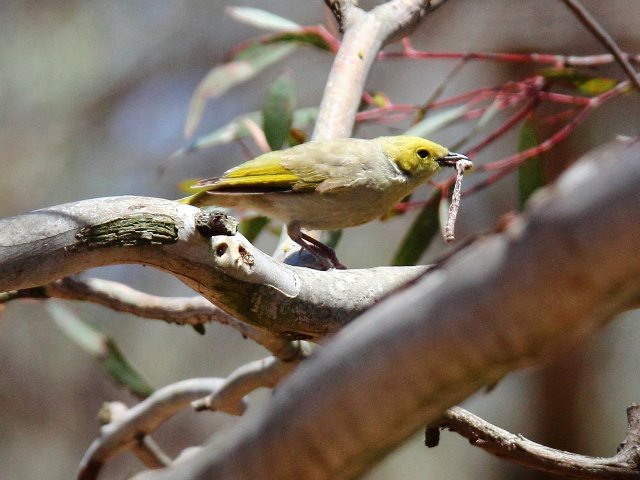 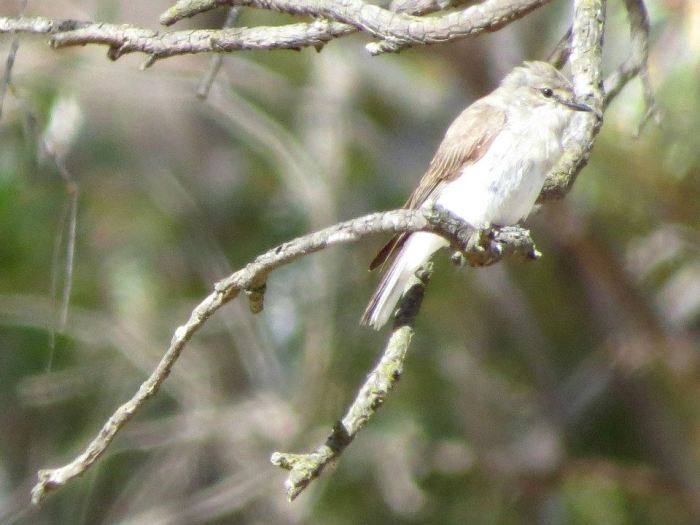 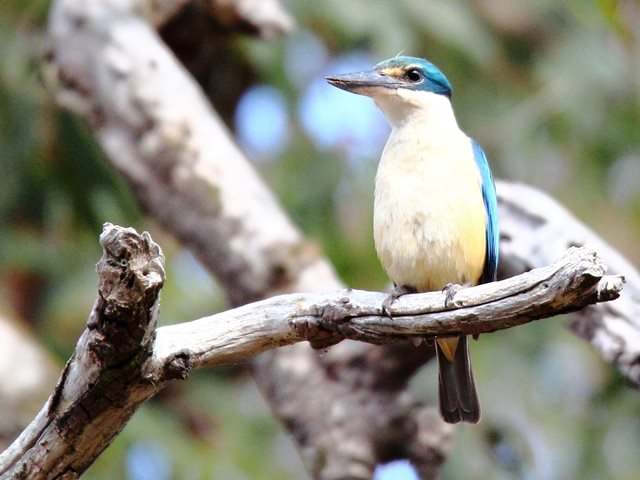 The day was getting progressively hotter, so we made an about-turn and returned to the junction of the Hovell’s Creek path and the plantations path: taking the path to the left was a return walk to the carpark, and walking straight ahead was more fenceline. I thought that though it was late and hot, it might still be worthwhile to walk along the fenceline for a bit before calling it quits. This turned out to be the day’s best decision, because I almost immediately spotted a Rainbow Bee-eater on a bare branch! It was quite far away and we needed both the binoculars and 600mm lens to confirm its identity, but even in the harsh light of the midday sun, the vibrant colours of the Rainbow Bee-eater were unmistakeable: by a stroke of luck we ticked another lifer, whose cousins I had been yearning to see for years. We were so elated with the sighting, that after enjoying its hunting antics for another ten minutes, we returned to the carpark to begin the next part of our ‘birding big-day-out’. 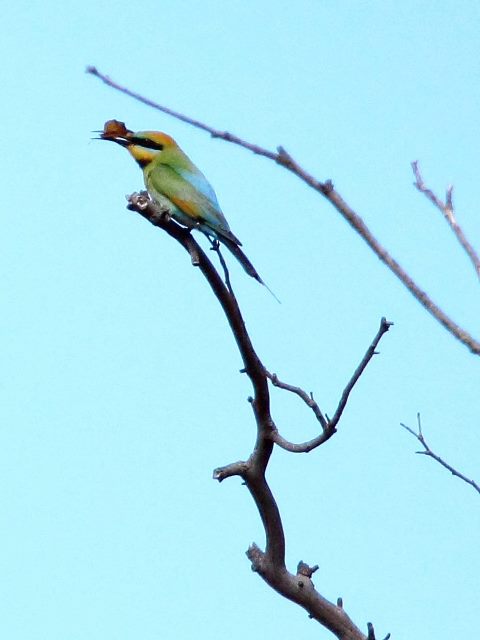 Although there is a toilet of sorts in the Western Plantations carpark, it looked dilapidated, so we drove to the toilet block of the You Yangs Regional Park. (Note: it’s worth the five-minute drive, because the toilets near the Information Centre are much cleaner, and there are often (but not on this occasion) many different species of Honeyeaters and resident Tawny Frogmouths in the branches above the carpark.) We had a quick lunch and began our ten-minute drive to our next stop: Serendip Sanctuary.

Covering about 1.5km2 of grasslands and wetlands, the Sanctuary is part zoo and part wildlife refuge. Entry is free and it’s a good place to see free-roaming captive kangaroos, wallabies, Emus, Bush Stone-curlews and Australian Bustards. We were more interested in the 150+ wild bird species that have been recorded on the property. In particular, online birders suggested the following at various points on the map: 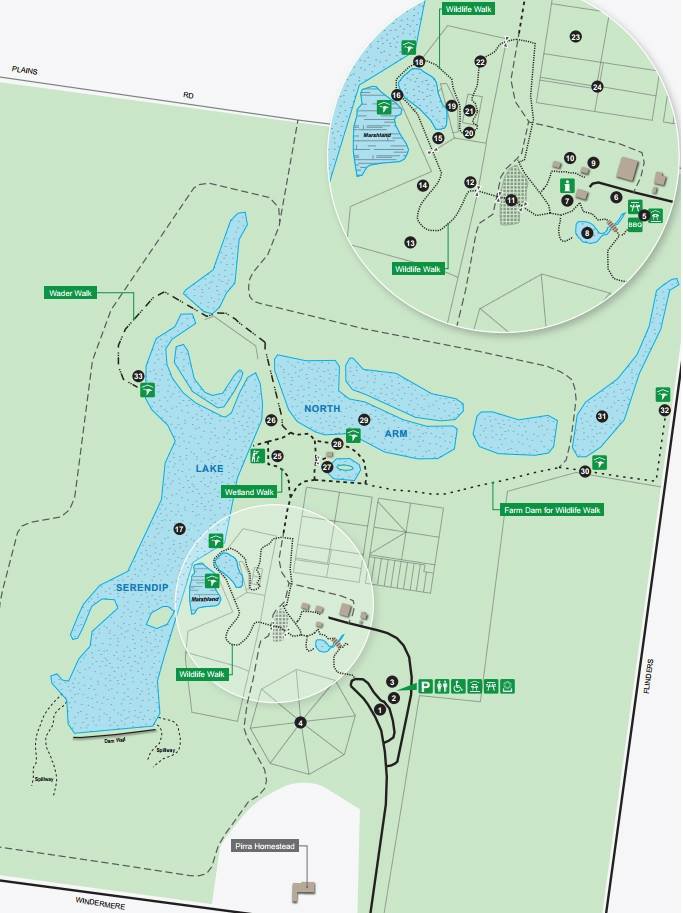 I was still hungry, so we decided to have another mini-lunch in the picnic area (also near the toilets, aptly labelled as #2 on the map) before starting birding in earnest. However, as any birder knows, there is always a lot of birding activity in the carpark. We saw a nesting pair of Welcome Swallows over the toilet door, New Holland Honeyeaters in the gum trees, Australian Magpies and Red Wattlebirds hassling picnickers for bread crumbs, as well as an indeterminate raptor soaring over the grasslands. 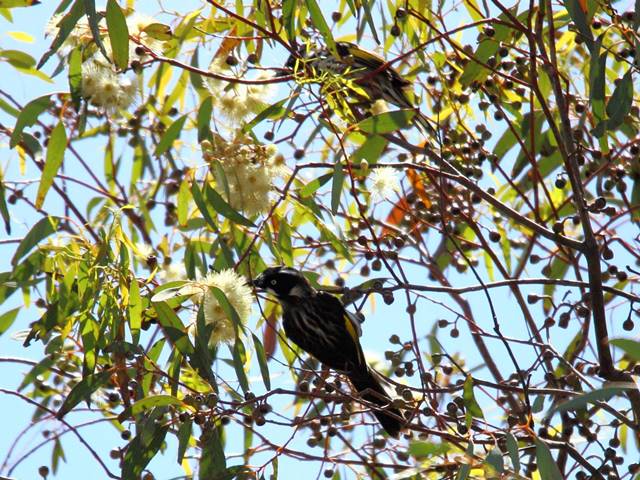 We spent at least fifteen minutes listening and looking for Restless Flycatchers near the Information Centre, before giving up to commence the ‘Wildlife Walk’ – the only consolation being the Spiny-cheeked Honeyeater we saw in the bushes near the little bridge. We quickly walked through the enclosures, barely acknowledging the captive animals: instead, we were making a bee-line for the first pond on the covered walkway where we knew there would be Magpie Geese. As expected, there were hundreds of wild Magpie Geese – a fraction of the thousands that we saw there that day – and a handful of Cape Barren Geese swimming, waddling, resting, and basking, barely concerned about the Whistling Kite in the tree just metres above their heads. Interestingly, in one of the trees on the pond’s edge, we spied a second Whistling Kite clutching a dismembered Magpie Goose in its talons. At another pond along the walkway, we ticked Black-fronted Dotterel, Grey Teal and Black-winged Stilt. 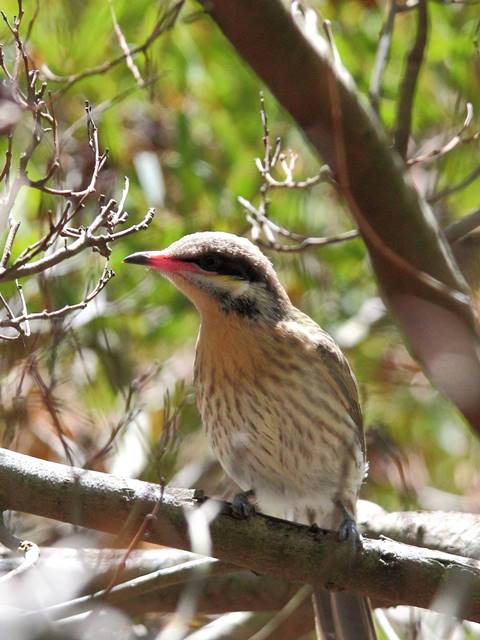 We continued our brisk walk to the bird hide marked  #28 on the map, getting tricked at least twice by the large wooden cutouts in the bushes of macaws and echidnas. Imka decided to rest in the shade of the hide while I worked the gum trees at the top of the hill and on the other side of the fence. After ten minutes of craning my neck skyward with no Purple-crowned Lorikeets in sight, Imka cried out to me to come and see a new bird. I rushed over to the hide and there on the dry lake-bed of the ‘North Arm’ were three Black-tailed Native Hens: the day’s third lifer. I had often wondered if we had seen them in the past and mistaken them for Dusky Moorhens, but after seeing them in the flesh, it was apparent that they are very different birds.

The bird hide and gum trees

It was getting quite late so Imka and I split up and worked different stands of gum trees. Not surprisingly it was Imka who scored yet another lifer for us: a Nankeen Night-heron. She flushed it from the lake at the bottom of the hill, and it flew to a branch about a hundred metres away. The photo she captured wasn’t stellar, but given that we had been trying to see this species since 2012, we were quite happy with the prolonged and clear view of a stunning bird. (It is worth noting that about a month after this sighting, I was sifting through some old photos and found one of a wild Nankeen Night-heron at Melbourne Zoo that I snapped back in 2010! This was before we bit the ‘birding bug’, and we clearly had no idea what we had seen at the time.) 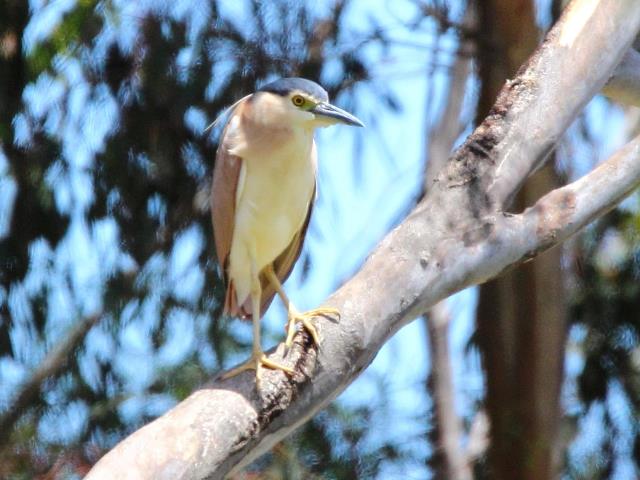 A few minutes later, some noisy lorikeets landed on the gum trees, and their calls were unmistakeably those of Purple-crowned Lorikeets: the challenge now was to find them. The birds were in branches high overhead, and were only visible when I stood directly under them. My neck was already aching from staring skyward all day, and to make matters worse, they were only visible as silhouettes against the bright sky! Imka’s arms were sore from holding the 2.5kg Tamron lens and Canon body all day, and she was finding it impossible to get the lens to focus through the leaves. The few photos she did get were very dark, blurry and out-of-focus. Suddenly we got a break when they flew to another tree overlooking the small pond (#27), but I was soon to learn that everything in life comes at a price.

We snapped dozens of shots of preening lorikeets, their dark, purple crowns clearly visible. We were quite pleased that we had seen most of our target species, with three lifers from the same vantage point at Serendip Sanctuary within thirty minutes and we agreed to forego looking for Flycatchers near #33 in favour of going home at a respectable hour. However, it became apparent that the birding gods still felt that we had too successful a day, and using the lorikeets as bait, they (evidently) instructed a swarm of ants to attack me. It turns out that I was standing on an ant nest while admiring the lorikeets, and consequently I spent the next half hour hopping around like a bare-footed, expletive-muttering Mad Hatter, occasionally stopping to pick off persistent ants that had crawled up my trousers.

Notwithstanding the ‘attack of the ants’, we ended our 2014 ‘big year’ at 5pm on 31 December with five lifers in eight hours, and a tally of 177 species seen, beating 2013’s tally of 165. Some of the year’s highlights (excluding those in this post) were:

This year we aim to tick more than 200 and we hope that you will continue to share our adventures with us. Thanks for reading!

*In case I never get around to writing a blog post about Eynesbury, here is a photo that Imka took of a Diamond Firetail.

4 thoughts on “End of year birding: Day 3 – You Yangs and Serendip Sanctuary”