Long weekends in our house mean one thing: birding road trip! So when reports of a pair of Budgerigars along Camp Road in Kamarooka coincided with the AFL Grand Final weekend, we knew where we would be spending the Saturday.

By 8:30am on the cloudy morning we were already driving up and down Bendigo-Tennyson Road trying to find the secluded entrance to “Camp Road East”. Eventually we did find it, realising that we initially thought it was a ‘private road’ entrance to a farm.

Peaceful Dove was a target species, and not 200m in, we heard the unmistakeable call of one in the forest off to the left. We parked, grabbed our gear, and were quickly stumbling through the bush, chasing a very skittish bird. We got clear, albeit fleeting, views of one bird, but only managed to capture a very blurry image before it flew off. Still, it was our first lifer for the day and we were very pleased.

We drove further along Camp Road, keeping an eye out for “the farm on the right”, because that is where the Budgies were seen a few days prior. We had very little hope of finding them as they had not been seen for three days, but we love Kamarooka, so we knew we would have a good day regardless.

We heard another Peaceful Dove and decided to pull over and try our luck at snapping a slightly less out-of-focus photo. Imka and I went off in different directions, her armed with the bazooka lens, and me armed with a point-and-shoot camera, both comforted by having walkie-talkies at the ready.

Five minutes later my walkie crackled to life, “I found the Budgie!”

“You’re sure it’s not a Red-rumped Parrot? I just saw quite a few”, I replied.

As we had lost line-of-sight of each other in the forest, it took a few minutes to find her, but she was right, and I was wrong (I can admit it!): it was a wild Budgerigar!! It’s always difficult explaining to a non-birder the thrill of finding a target species, but as you would imagine, we were very, very pleased to see it. 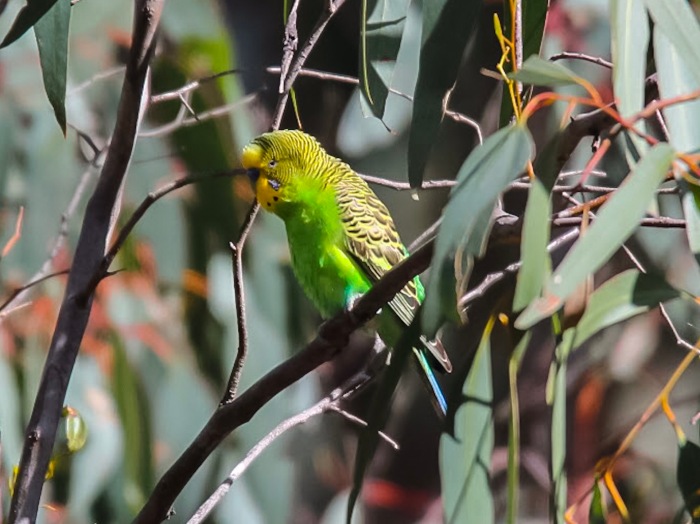 The Budgie was a small bird, and quite well camouflaged. It didn’t call at all, and I was amazed to learn how Imka spotted it: she was attempting to photograph a Peaceful Dove when “a bright yellow and green streak” flew into frame! What an extraordinary stroke of good luck!I was walking around to flank it for a better position with the sunlight to my back when I got the fright of my life as something bolted from the underbrush near me. I thought it was a snake, but it was actually a Brown Quail scurrying off into the dry undergrowth. We didn’t expect to see one, but were pleasantly surprised with the brief sighting.

We then drove further along Camp Road to one of our favourite spots in Kamarooka: the dam with the large ant mound. We were hoping to find Hooded Robins here, but despite the cacophony of dozens of bird calls and scores of birds flitting around, none looked or sounded like Hooded Robins. 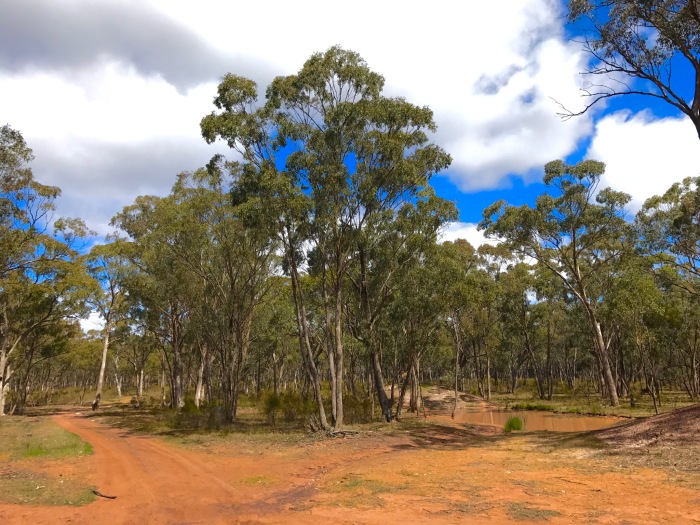 Once again, we decided to divide and conquer, with Imka scouting one side of the desolate dirt road, and me the other. Within a few minutes, she called me over to see a beautiful and very cooperative Pallid Cuckoo that afforded us very close views. Half an hour later we were both stalking a tiny bird that turned out to be a Chestnut-rumped Thornbill – a very quick and difficult bird to photograph. We did get close, extended views of a Red-capped Robin, dozens of Jacky Winter, Brown Treecreeper, Varied Sitella, and Rufous Whistler, before finding our third lifer of the day: White-winged Triller. The latter has been a bogie bird for years, and we were happy to call it a day at this point, but it wasn’t yet 11am! 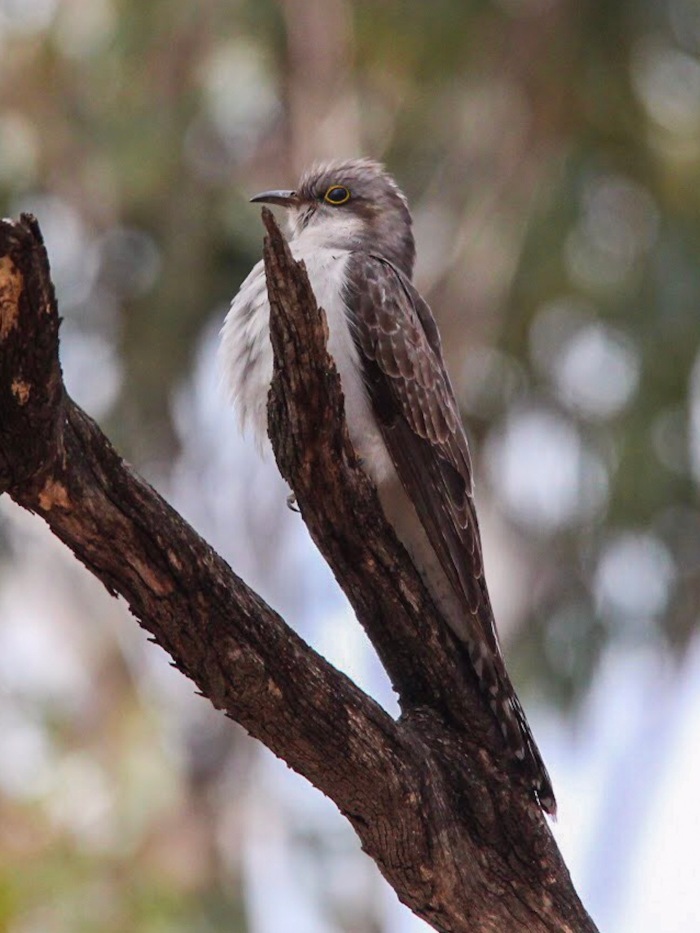 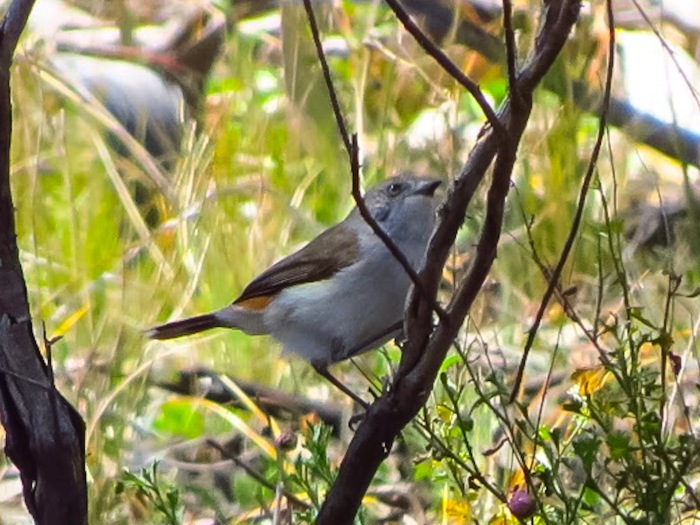 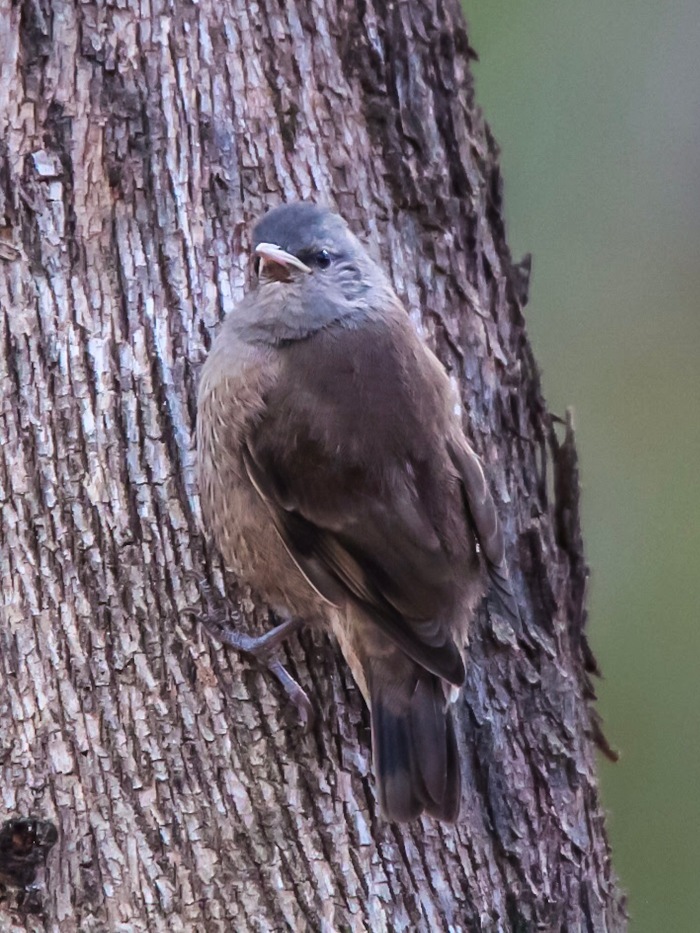 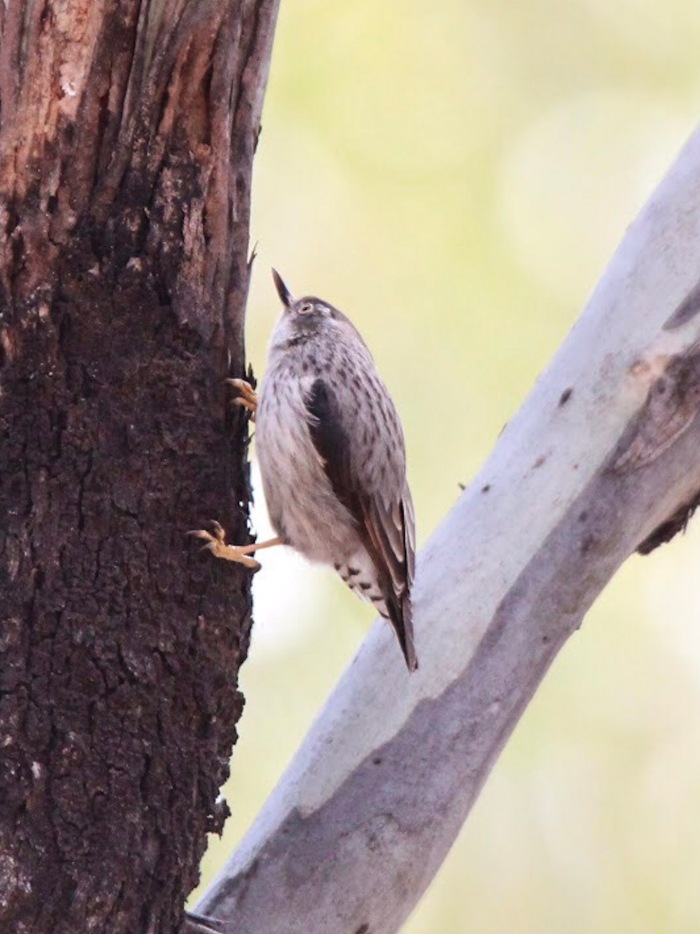 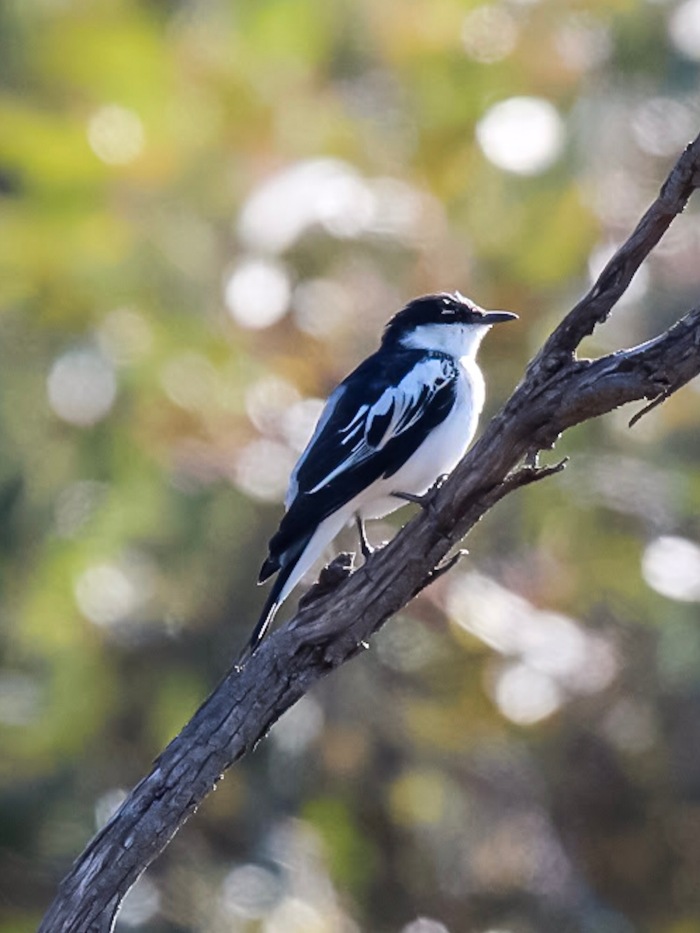 It had only warmed up to about 12C despite it now being sunny, so we were still quite energetic after wolfing down a couple packed sandwiches. We decided to do a long loop of the forest and drive along Camp Road West. We picked up a few other nifty birds, including Dusky Woodswallow, White-browed Woodswallow, and White-bellied Cuckoo-shrike.

We stopped at a small, rocky dry creek-bed crossing as I needed to calculate whether or not it was worth the risk of driving across, when Imka laughed and pointed to the tree trunk next to the window: there was a Jacky Lizard on it! What were the chances of stopping at that exact moment, next to that particular tree, when that lizard was climbing it? Serendipitous animal encounters are always our most memorable.

Imka with bird earrings and a Jacky Lizard out the window

Our next stop was the quarry clearing along Campbell Road. It was blowing a gale by now, so we knew our chances of seeing any birds were slim. Still, we did get some clear but brief views of Tawny-crowned Honeyeater, White-browed Babbler, and White-fronted Honeyeater. The Distillery Dam further along Camp Road was eerily quiet, ‘only’ producing another lizard and a White-winged Triller, but after an outstanding day of birding with four lifers, we were quite happy to leave Kamarooka on a calm, but satisfied note, already looking forward to our next trip. 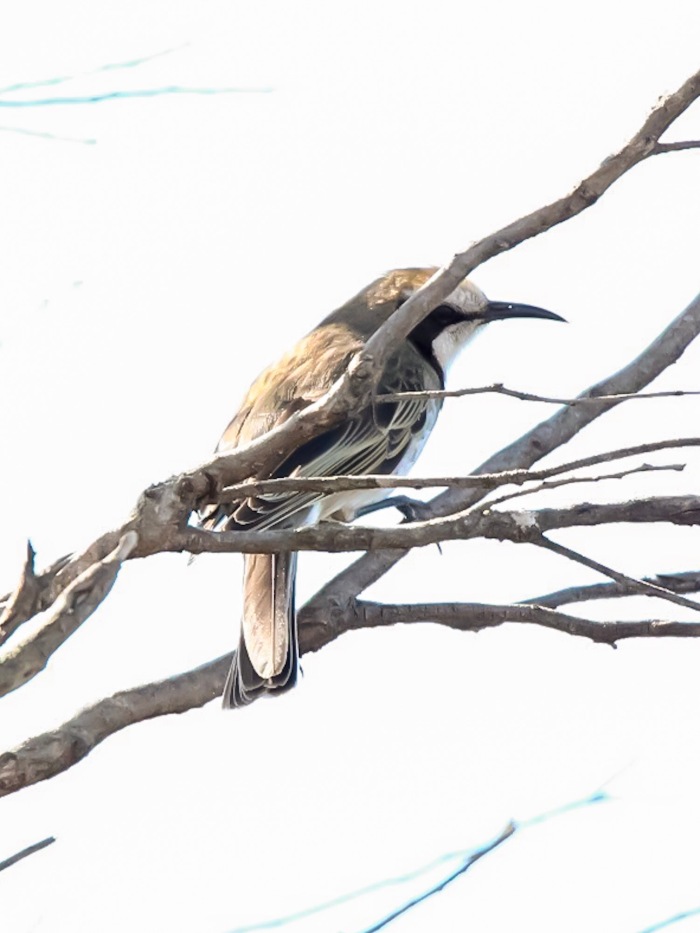 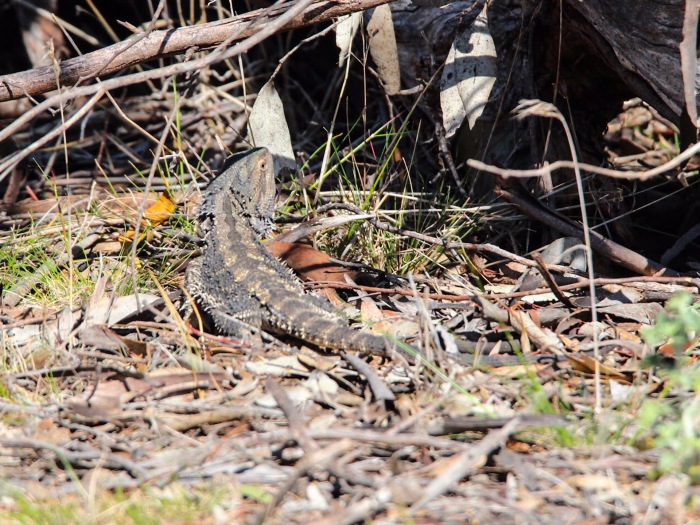 3 thoughts on “Budgie Trillers in Kamarooka”