In our first Birding Big Day of 2018, we decided to try for two parrot species that eluded us on numerous occasions: Superb Parrot and Turquoise Parrot.

Super Parrots were reported in Wunghnu the day before and since Mangalore Flora and Fauna Reserve was on the way, we decided to try our luck with Painted Buttonquail for the fourth time. By 7am were were walking through the reserve looking for tiny birds scurrying along the floor. Instead, we saw a little rat-like mammal hopping around the forest floor: a Yellow-footed Antechinus – our first lifer for the day. 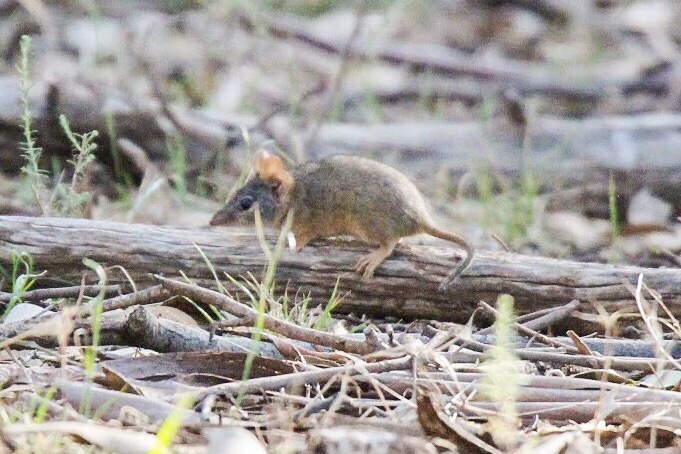 By 10am we drove into Wunghnu and parked near the silo and toilet block opposite the town’s cafe. Based on the previous day’s report, we crossed the footbridge to the grassy area behind the school and started looking in the trees. Imagine our surprise when a flock of a dozen parrots were flushed from the floor and scattered to nearby trees: it was a flock of Super Parrots! We were spellbound by their colours, their call, and their proximity. We spent half an hour trying to take photos of them in the harsh light, absolutely thrilled that we found a bogie bird within five minutes of parking. 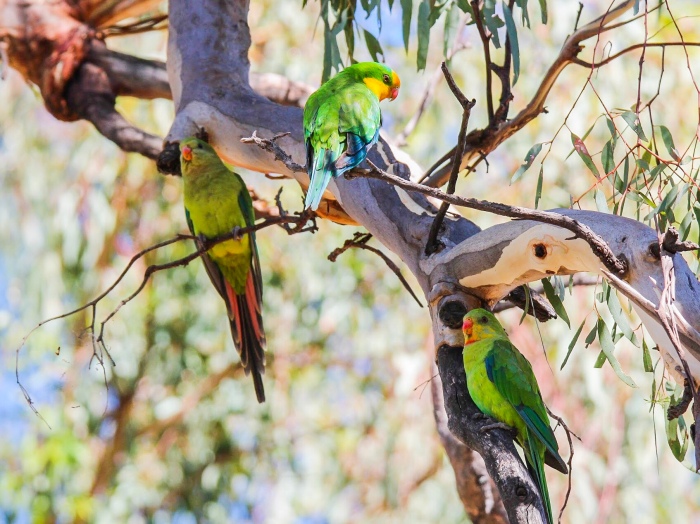 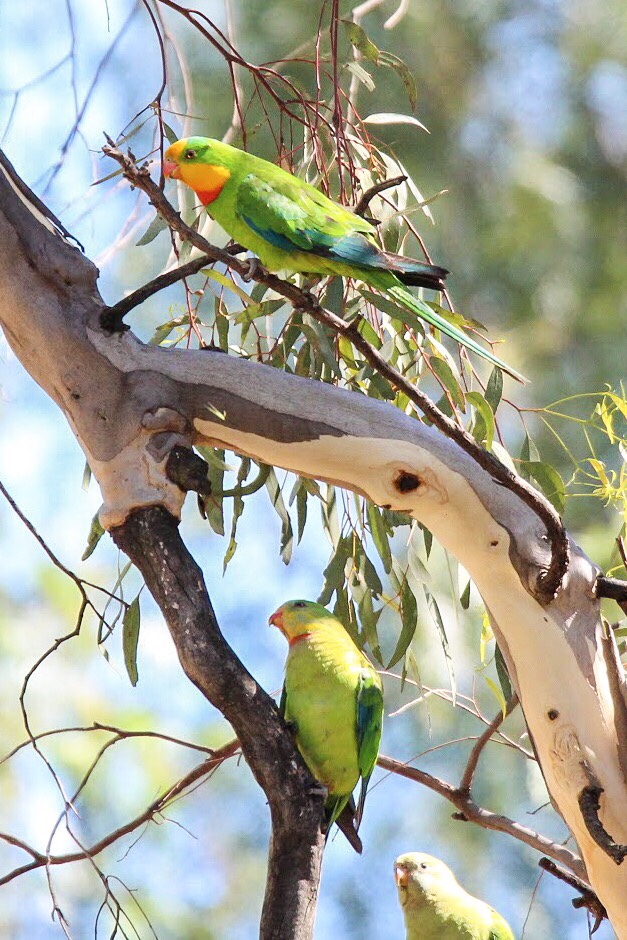 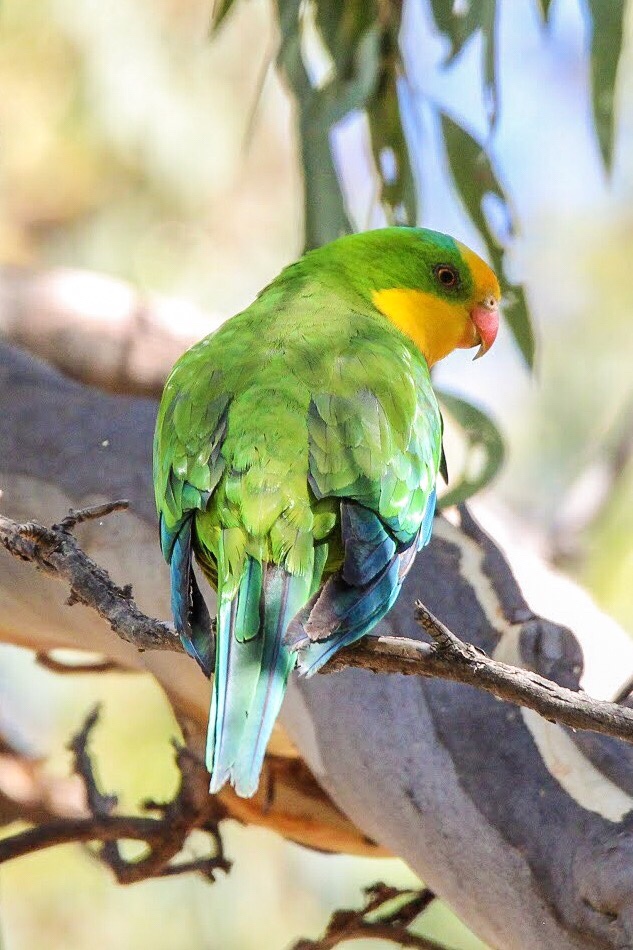 Our next stop was the Spring Creek Picnic Ground in the Warby-Ovens National Park, some 100km away for Turquoise Parrots. By the time we arrived, it was midday and 31C, so not surprisingly, the birds were few and far between, and no parrots were to be found. Still, we were quite pleased with close views of a pair of Sacred Kingfishers. 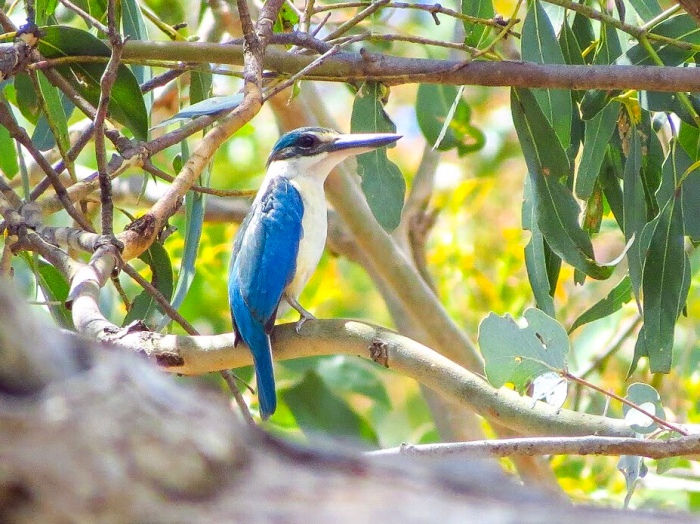 By now we were quite tired and still had a 250km drive home, so we decided to try one more spot based on Facebook intel: Glenrowan Caravan and Tourist Park. If you are planning to visit, note that Google Maps directions are incorrect, and it sends you to the side of the park which is actually a residential property.

The entire tourist town has a ‘Ned Kelly‘ theme with numerous ‘Ned Kelly’ attractions, as it was here that the Kelly Gang made their “last stand”. As we drove into the park, we parked next to a life-size sculpture of (you guessed it) Ned Kelly, with a pair of White-browed Babblers scratching around on the floor at its base. The birds were so close that the camera couldn’t focus – a great problem to have!!

I called in to reception and had a quick chat with the owner (it is private property, after all) who was happy for us to wander the park looking for the parrots, and was kind enough to direct us to where they were commonly seen. Within five minutes and 100m of the office, a pair of Turquoise Parrots flushed from the floor, an Echidna waddled past us, and a Rainbow Bee-eater kept flying past hunting insects – it was all happening!

We eventually relocated one parrot but she decided to stay in the shade affording less than ideal photos – still, a lifer is a lifer! A bird landed on a branch above the parrot, and we were amazed that it was a Peaceful Dove  because we had wanted a half-decent photo for years, and we got just that: a half-decent photo. We were pleased as punch and started making out way back to the car thinking the day was over, when I heard a rustling in the bush, and upon investigation saw a large monitor lizard (either a Sand Goanna or Lace Monitor) running through the undergrowth. He was too quick for me to get a photo, but it was a special way to end a memorable birding day out in a spectacular part of Victoria. 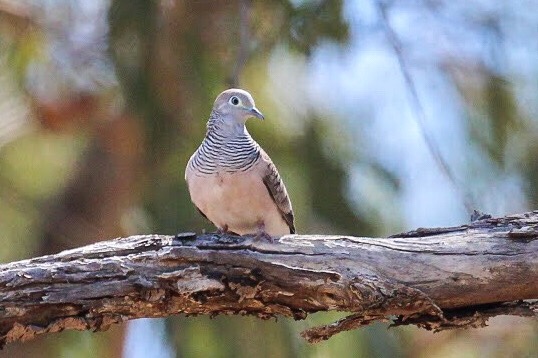 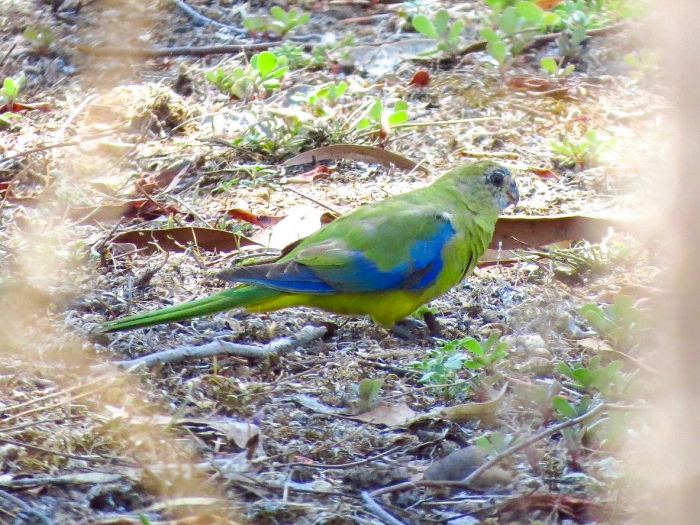 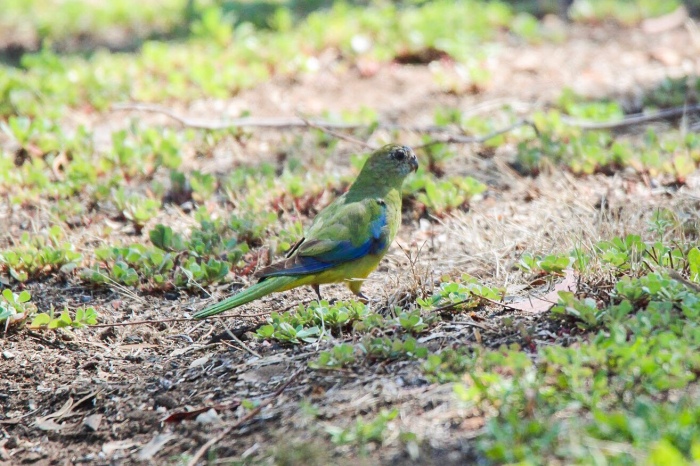