Long weekends are the best for birding, as we can run errands, do chores, relax, as well as do a ‘big birding day out’.

For the 2018 Australia Day long weekend we decided to try our luck chasing a Grey Goshawk (white morph) in Anglesea. A known nesting site, juveniles had been reported earlier in the year, but we weren’t sure if they were fully fledged and had moved on. Armed with pinpoint accurate directions from a kind and trusting birder, we decided to try our luck, knowing that we would at least be rewarded with spectacular views of the coastal landscape.

By 8:30am we were following the calls of the elusive Rufous Bristlebird at the Point Addis carpark, not allowing ourselves to be distracted by both the stunning views of the relatively calm ocean, and a juvenile Mistletoebird. We were about to give up after an hour when a pair of birds finally made an all too brief appearance in the dense undergrowth. I was only able to snap one series of shots and was pleasantly surprised that one was in focus: not a lifer, but I was pleased as punch with the photo. 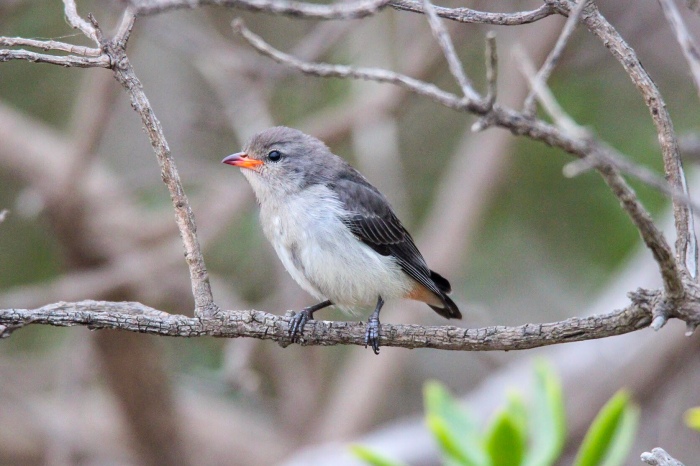 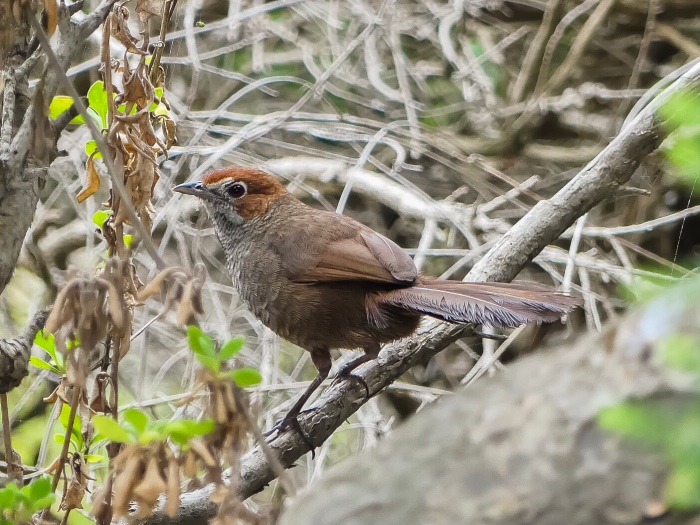 Our next stop was Coalmine Road to the north of Anglesea to try for the goshawk. We gave up after 30mins and decided to have our prepackaged lunch at Coogoorah Park: a fantastic park with picnic benches, BBQ burners, playground with a ‘sunken ship’, clean toilet blocks, walking and cycling tracks, and calm, crystal-clear waterways for kayaking.

We then did a quick walk around the park and were rewarded with cracking views of a White-eared Honeyeater and a flyover of Yellow-tailed Black Cockatoos. As we rounded a bend we were greeted by a pleasant surprise of four cockatoos at eye-level in a tree adjacent to the track, affording crippling views for 15mins. 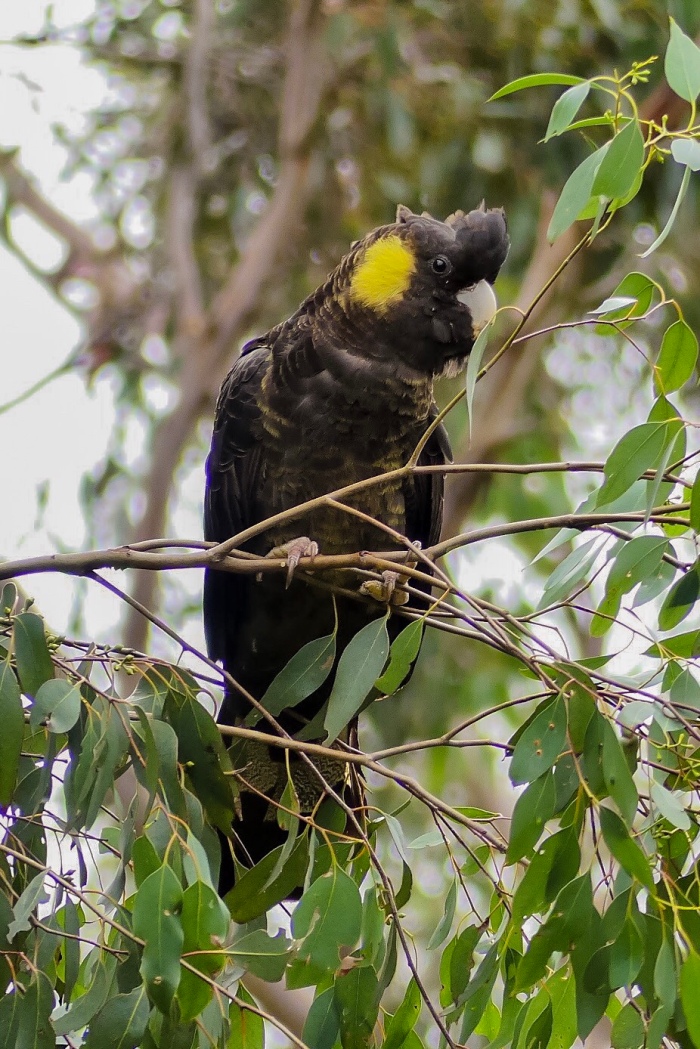 We left the park to try Coalmine Road one last time and serendipitously met two birders who kindly tutored us on the call of the goshawk and its behaviour of flying back and forth along the ridge. Armed with this invaluable intel, we spent the next 20mins following the distinctive call through the forest.

Finally, we were rewarded with excellent views of a juvenile Grey Goshawk (white morph) that landed high in the canopy of a nearby tree. We only had time to fire off a dozen photos before it was gone again. Whilst none were in focus, it was clear that this was a stunning bird – its angel-like flight pattern of spreading it wings, its bone white feathers, its bright yellow talons, and its mesmerising stare.

We called it a day and began walking back to the car, when out of the corner of my eye I saw a little bird land on a bare branch, which binoculars confirmed was a Satin Flycatcher – an excellent lifer to end our Anglesea adventure.

As the day was still relatively young, we left Anglesea and made a quick pit-stop on the way home at the Western Treatment Plant. With two lifers under our belts for the day (goshawk and flycatcher) we had a leisurely drive through the plant, and just basked in the achievement of finally having ticked another bogie bird: the Grey Goshawk. 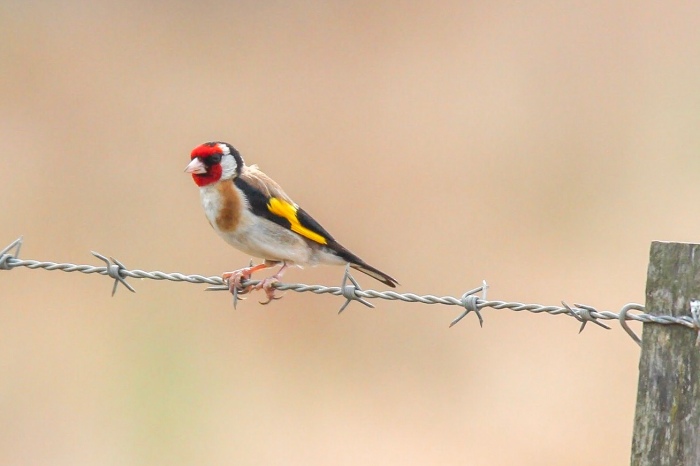